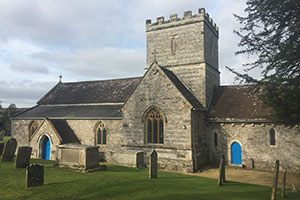 The non-conformist preacher John Westley, grandfather of John and Charles Wesley (the founders of Methodism), was appointed Vicar of Winterborne Whitechurch by Oliver Cromwell’s Commission of Triers in 1658.
John Westley was imprisoned for not using the Book of Common Prayer and ejected in 1662, delivering his farewell sermon to a weeping audience on August 17th of that year.